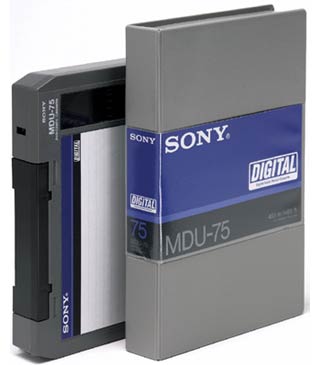 Transfer 3/4″ U-Matic videotape to digital format. (DVD, Blu-Ray, AVI, or any other format)

U-matic is an analogue recording videocassette format first shown by Sony in prototype in October 1969, and introduced to the market in September 1971. It was among the first video formats to contain the videotape inside a cassette, as opposed to the various reel-to-reel or open-reel formats of the time. Unlike most other cassette-based tape formats, the supply and take-up reels in the cassette turn in opposite directions during playback, fast-forward, and rewind: one reel would run clockwise while the other would run counter-clockwise.

U-matic was named after the shape of the tape path when it was threaded around the helical scan video head drum, which resembled the letter U. Betamax used a similar type of “B-load” as well. Recording time was limited to one hour.

At the 1971 introduction of U-Matic, Sony originally intended it to be a videocassette format oriented at the consumer market. This proved to be something of a failure, because of the high manufacturing cost and resulting retail price of the format’s first VCRs. But the cost was affordable enough for industrial and institutional customers, where the format was very successful for such applications as business communication and educational television. As a result, Sony shifted U-Matic’s marketing to the industrial, professional, and educational sectors.

U-Matic saw even more success from the television broadcast industry in the mid-1970s, when a number of local TV stations and national TV networks used the format when its first portable model, the Sony VO-3800, was released in 1974. This model ushered in the era of ENG, or Electronic News Gathering, which eventually made obsolete the previous 16mm film cameras normally used for on-location television news gathering. Film required developing which took time, compared to the instantly available playback of videotape, making faster breaking news possible.