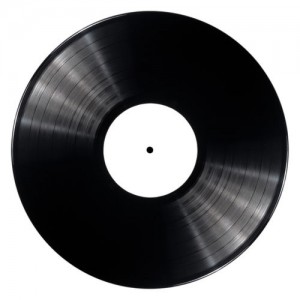 Transfer Vinyl Record to Digital (CD, MP3 or any format)

A gramophone record (phonograph record in American English) or vinyl record, commonly known as “a record”, is an analog sound storage medium in the form of a flat polyvinyl chloride (previously shellac) disc with an inscribed, modulated spiral groove. The groove usually starts near the periphery and ends near the center of the disc. Phonograph records are generally described by their diameter in inches (12″, 10″, 7″), the rotational speed in rpm at which they are played (33 1/3, 45, 78), and their time capacity resulting from a combination of those parameters (LP − long playing, SP − single, EP − 12″ single or extended play); their reproductive quality or “fidelity” (“high fidelity”, “orthophonic”, “full-range”, etc.), and the number of audio channels provided (“mono”, “stereo”, “quad”, etc.).

The Phonograph disc record was the primary medium used for music reproduction until late in the 20th century, replacing the phonograph cylinder record, with which it had co-existed, by the 1920s. By the late 1980s, digital media, in the form of the Compact Disc, had gained a larger market share, and the vinyl record left the mainstream in 1991. They continue to be manufactured and sold in the 21st century. In 2009, 3.5 million units shipped in the United States, including 3.2 million albums, the highest number since 1998, and the format retains a niche market. They are especially used by DJs and many audiophiles for numerous types of music.